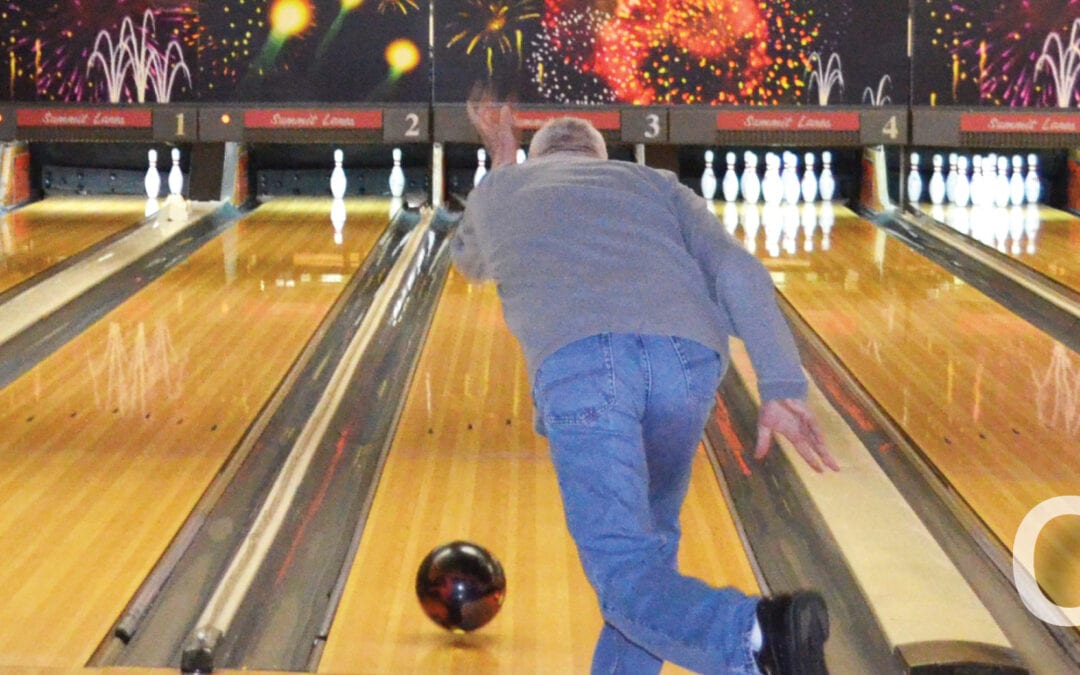 While much surrounding the outside of Summit Lanes bowling alley has changed over the last fifty-plus years, the people on the inside have remained right along with the changes. The building itself was constructed in 1957, at least half the size of what it is today. Green Bowl, as it was known then, was started by Bud Green and doubled in size in 1958 as leagues were beginning to form.

In 1968, Willie and Pat Pollard took over the bowling alley to start Summit Lanes. Putting everything they had into this, while both also working full-time jobs, meant a lot of long days and nights. They felt as though the bowling alley had gotten run down, so wanted to upkeep everything they could to share this beloved sport with others. Paint became their primary ingredient for updating and keeping it fresh.

Their shared love of the sport began soon after the Pollards met. Early in their relationship, Willie was deployed during the Korean War, but Pat knew she would wait for him. Pat’s mother encouraged Pat to join her for bowling. “What’s bowling?” Pat replied. After the first night’s experience, Pat wrote a letter to Willie in Korea that said, “I don’t know if bowling is around over there ““ but you have to check it out if you can.” This is where their story began.

In the early 70s, another event forced more of a renovation. A pilot showing off for his grandkids in his single prop plane experienced complications that caused him to crash into the top of the building and the end of lanes 9 and 10. At the time, there was a youth bowling league in the building ““ which included Joli (daughter of Willie and Pat, who runs the bowling alley today). Luckily, no one was hurt, although it certainly sent a shock through the alley.

There have been multiple remodels since then to update lanes, floors, the snack bar, seating, outside building stucco, lighting and paint for the walls and technology. Since Willie and Pat started Summit Lanes, the “family” support has grown. Joli took over running the bowling alley in 2004 when her father passed with some financial advice from her brother, Patrick. While not blood related, Judy has been working at the bowling alley for 32 years and is “all-knowing” for the people who come into bowl. Bob has also been involved for 32 years and Shirley for 22 years, while Monte came in as a mechanic 19 years ago, and Amber just six years ago. Amber, who helps with marketing the bowling alley, says, “My parents have been bowling here since I was 5 years old, and it was the only place I was allowed to go by myself. They knew everyone here would be looking out for me.”

The personal investment shows every day when you see the packed parking lot and all the people that have been bowling there for years. It is a huge family that knows one another and depends on one another. As I’m there to talk with Amber and Joli, you hear the updates from old friends and people asking about the soup. Yes, soup ““ did you know that they make a new homemade soup each day, including fresh chili?

Leagues have kept the bowling alley going and growing, and still continue today. Since the beginning of Summit Lanes, the Pollards have been bringing in friends and co-workers to enjoy bowling together. There were six total leagues when they started, but and soon after, with the help of Pat’s job at Western Electric, six more leagues were added!

Times have changed a bit surrounding leagues. The 9 p.m. leagues were most popular making the daytime activity light until the 90s. Now, leagues keep the bowling alley active nearly every day, with open bowl times available in between the leagues. The 50+ league plays Monday, Tuesday, Wednesday and Friday in the afternoons, with additional women’s and men’s leagues during the week, and a youth league on Saturdays.

When Willie passed away in 2004, it was a deep loss for the Summit Lanes family. “They were married 49 years, and everyone loved them as a couple,” said Joli talking about her parents. I was fortunate to pull Pat away from an active game for a quick mother daughter picture. As Pat quickly scoots back to her lane, Joli says, “81 years old and still bowling, I love it and can’t believe she’s still doing it.”