Anyone driving down Third Street on February 9th or the days that followed was met with a sobering scene. At 611 SW Third Street, where there used to sit a 12,000 square foot building, was now only charred remains roped off in yellow caution tape. The former home of Shining Light Music caught fire in the middle of the night, forever changing the course of this beloved, Lee’s Summit business.

As I made my way to the new home of Shining Light Music, which happens to be just across the street at 613 SW Third Street, I was still faced with the sobering scene at 611 – an empty lot. However, now a ray of hope has been added to the scene as you drive up. Just yards away, across the street, a new store front sign for Shining Light Music with a small yard sign beside it that reads “We Are Open!”

The new Shining Light Music sign on Third Street with former location shown in the background.

For many businesses, 2020 will be remembered as a challenging year due to the Covid-19 pandemic, but for Shining Light Music, this is a year of recovery like no other. Before the pandemic even hit, they found themselves on a road to recovery laden with heartbreak and many, many obstacles.

Shining Light Music is a true family affair which I saw firsthand as Deana Haines helped daughter Alexis with her grandson before the interview began. Deana is the owner, lessons teacher and the real heart behind the store. She started the business with the help of her husband, Brad, or as she likes to call him “The Goffer.” Brad is the handy man. He handles any renovations or construction projects at the store and he brought their first and only investor to the business.

Alexis Rowland and her husband, Nick, are involved as well. Nick was a professional saxophone player and now wears a lot of hats at the store, primarily serving as their education representative for band equipment. Alexis started at the store in 2013 as their Administrator.

Opening in 2011, Deana was well established in the community through her works as a homeschool educator and director. At the beginning, she directed 9 choirs (choral and handbell) and taught piano lessons. She claims she never intended for the business to become what it has saying, “The Lee’s Summit community made the business what it is today. They told us what they needed and we worked to make it happen.”

“Mom has always, always put teachers first,” said Alexis. “She offers discounts for teachers. She gives, gives and gives to teachers. It’s in her blood and that shouldn’t go unnoticed.”

Deana’s passion for music started young in life and the passion turned into a career at 18-years old when she began giving piano lessons under the supervision of her own piano teacher. Majoring in music through many schools, Deana describes her education as kind of a patchwork job, taking classes here and there along the journey of marriage and children. Her education started at Southwest Baptist University and took stops at William Jewell, Colorado University and UMKC along the way.

There was never a plan to open Shining Light Music as a business, it just came to them. “At the beginning we had a huge homeschool program. There wasn’t much retail, it was more focused on lessons,” Deana explained.

The biggest challenge was and still is getting quality instruments. It is very difficult to become a dealer for big music brands especially if there is already a known retailer in the area (which there is, Meyer Music). They were able to get string instruments early on, but band instruments are still a struggle. Just in the last year and a half have they been able to sign on Eastman Music, and they became a Fender dealer through the purchase of Legacy Music. 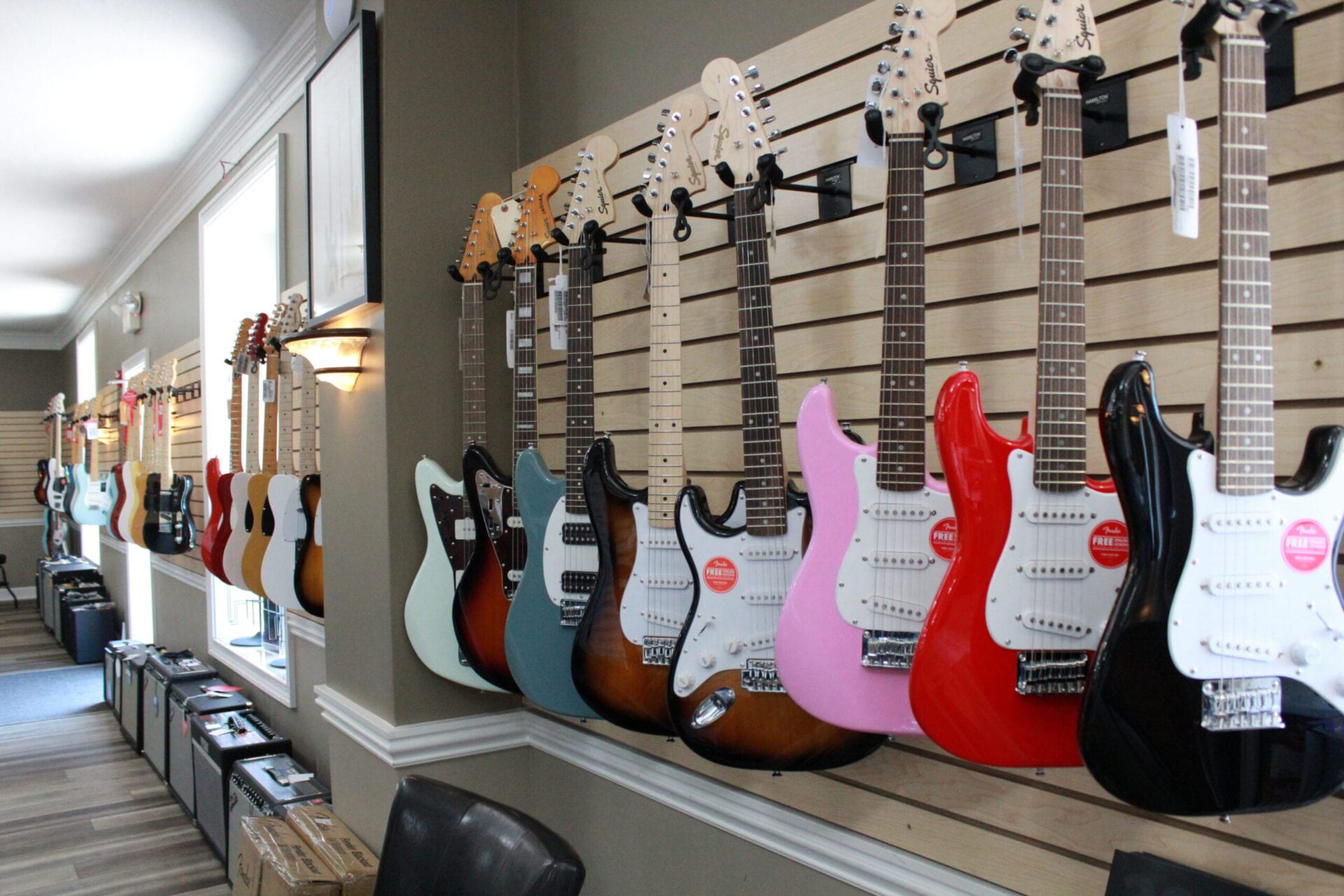 Shining Light Music is now a official Fender dealer due to the purchase of Legacy Music in January 2020.

“In the music industry you really have to prove yourself before you can become a dealer of the best, quality brands,” said Deana. “When we just started we had to buy used instruments, clean them up & make repairs for retail, but it was difficult and limited because we only wanted to provide quality instruments for our clients. Usually the way we would gain instruments was when another music shop went out of business and we could buy their inventory.”

Due to these challenges, the business always struggled to make a profit. By many measures they were successful – they did everything on their own, never taking out a business loan or any debt and they always paid their employees and made their bills. Before the fire or pandemic, Shining Light Music provided jobs for over 30 teachers, had over 450 students and was well known for its extensive sheet music collection, but still Brad and Deana struggled to profit the company. Coming into 2020, they were convinced this was their year! 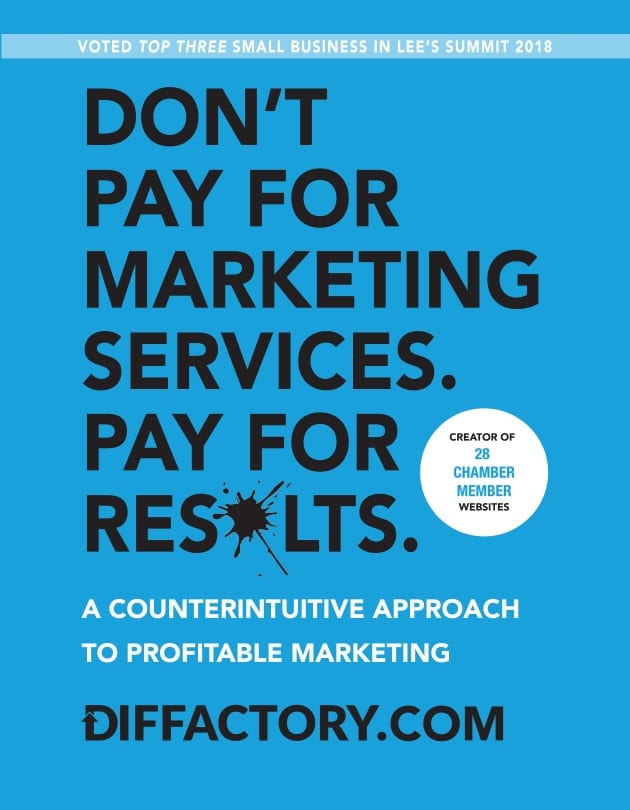 One reason they felt hopeful coming into 2020 was due to the purchase of Legacy Music. The long time music store in Lee’s Summit was ready to sell their business and looking for the right owner to carry-on the “legacy” (pun intended) of their shop. The shops had a long time business partnership that never really made them competitors. Legacy Music was a premier guitar store, where as Shining Light Music focused on students, teachers, education, studios and bands. In fact, they often referred business to each other. So, as timing lead Legacy to close its doors, they approached Deana about purchasing the company. The deal was made in January of 2020, just a month before the fire that destroyed everything. Deana remarked, “The truth is two music stores were lost in the fire that day.”

“My husband and I got the call at 4 in the morning on February 9th.

Deana described first hearing of the news that changed the course of their business in an instant.
“It was the fire marshal and he said ‘Mrs. Haines, I’m calling to tell you your business is engulfed in flames. There is no need to rush down here; the roof has already caved in. Just come when you can.’”

Alexis continued the story, “They called us around 5 a.m. and we rushed to the scene. The fire started between 12:30-1 a.m. and before we could even get there the news was already circulating. As we were driving there, I was getting messages on Facebook from people saying they were so sorry for our loss and things like that.”

“Yes, it was hard, because the media took off before we even had a chance to contact our teachers and staff. That was tough,” said Deana.
Investigators were able to recover a video that showed smoke coming from the attic between 12:30-1 a.m. so they determined it was likely an electrical fire and were able to rule out any malice intent.

“That was hands down the best day we’ve had since the fire,” said Alexis, “Just to put all questions in our mind at rest that this was not intentional. You know, there were a lot of rumors going around and it was good to end all that.”

The insurance claim is still on going and very complicated because there are so many facets. They must consider the repair shop, services provided that are now halted, the store itself, the families personal items, individual teacher belongings, and a complex inventory of sheet music, resources and instruments. Since the Legacy Music purchase was so recent that claim was relatively easy, and they were able to pull sales reports and some inventory records for the initial insurance payment. “But no matter what, we can never get it all back,” Deana said. They are now working with two separate adjusters. One is working on the loss of income and moving costs and the other is focused on the personal property lost.

Still, in the wake of the fire and before the pandemic hit, a few remarkable things took place.

First, the Lee’s Summit community stepped in right away. Churches, photography studios, law offices and doctors offered their offices up for the teachers to teach lessons in. “Our prime studio time is between 3-7 p.m., so since many of those businesses were closing around that time, they allowed our teachers to use their space free of rent. It was incredible!” said Deana.

Secondly, their landlord at the old location had a new space available, formerly home to the Emaline Ballroom. He had gone through a lot to get it ready for a new tenant and was at that point when the fire happened. Amazingly it carries the same 12,000 square foot footprint, so it was an easy transition in that regard. “I don’t know what we would have done had this space not been available. There’s no way we would have reopened as quickly as we did without it,” remarked Deana.

Lastly, despite losing everything, business never really stopped. In fact, the very next day after the fire, Alexis was busy finding new space for lessons to be held, and her husband Nick made a big sale that very week. By the end of February Shining Light Music was ready to open in their new location!
Enter coronavirus. The business reopened for about a week before they we’re forced to close due to the stay at home order. Now, Shining Light Music is beginning to reopen with the rest of the community.

Currently prepping for their first recital post pandemic. Deana explained that things will look a little different this time and the recitals are completely voluntary for students. “To accommodate everyone safely we are splitting the group of students into multiple recitals. We will clean the piano between performances, divide the audience by families and only family will be allowed to come. We will also announce some awards but to cut down on contact we won’t hand out anything. It’s a little different, but it still gives students the opportunity to perform which is good.”

They are also under construction working on adding new studio space in the basement. When it is finished there will be a total of 16 studios, and in addition to the store front upstairs, they are adding a classroom and two additional studios.

“In some ways it’s a better location,” said Deana. “It’s not as visible so some people don’t know we are back here and we have some trouble with deliveries, but there are some benefits with the space as well. For example, there is a platform for piano recitals.”

“It’s kind of hard to think about. Customers have commented about how much better the new space is and we know they mean well but it’s difficult to hear. We would have never moved had the fire not happened. In fact, we had had conversations with the landlord about purchasing the old building.” Deana.

Their originally scheduled open house in April was, of course, cancelled due to Covid, but they still have plans to celebrate! Once things get back to normal they plan on having a grand celebration with customers, staff, students and the whole community! And, man, do they have a lot to celebrate!