Memories of grade school physical education may bring back recollections of kickball games on the playground, dodgeball in the gym, games of “steal the flag” or just good, old fashioned tag. And while many of those activities still exist, grade schools around Lee’s Summit are upping the physical activity ante with sports and running clubs toÂ  continue to promote healthy lifestyles in our schools. 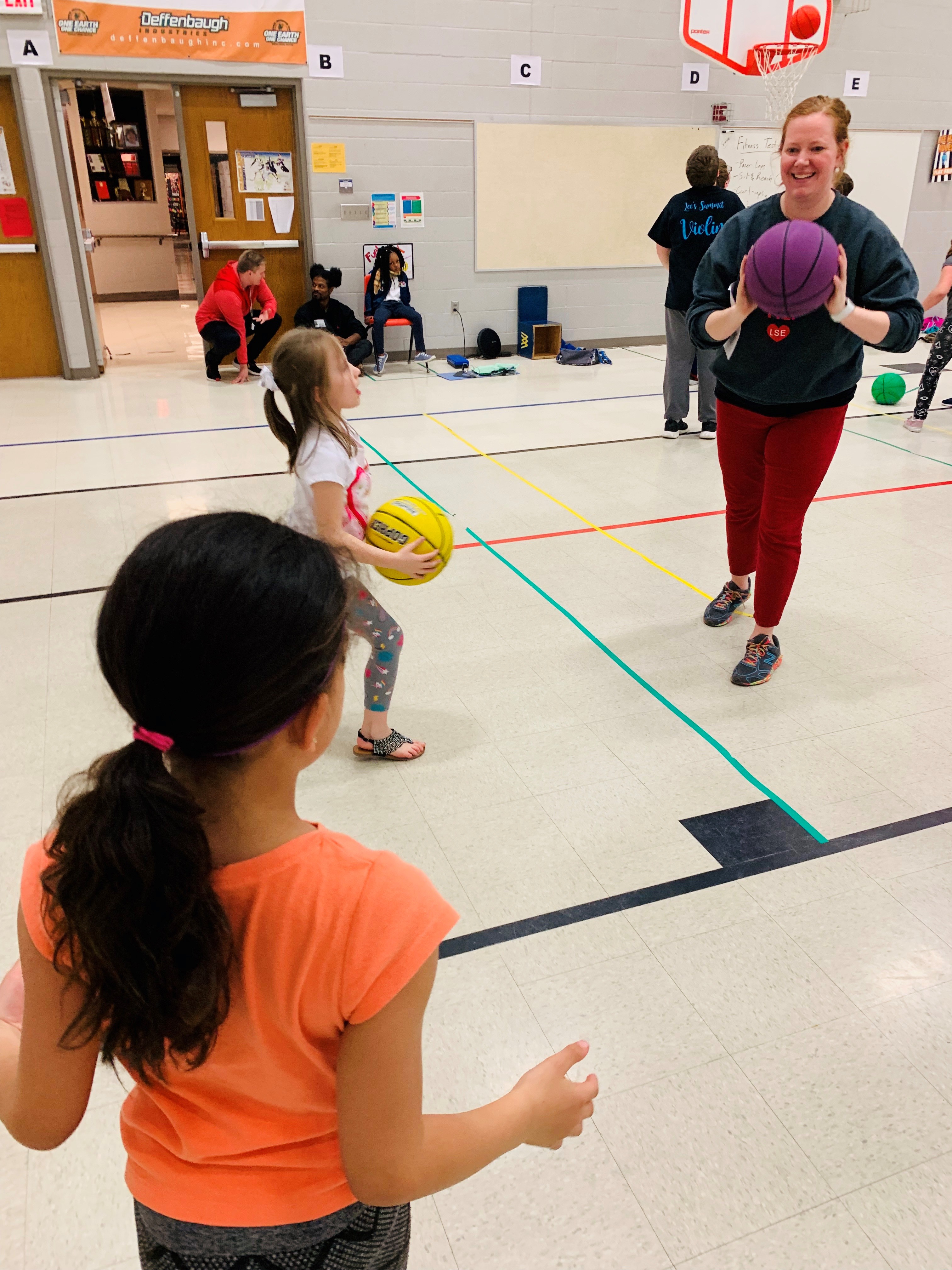 Koivuniemi-berg, who teaches Physical Education at both Lee’s Summit Elementary and Richardson Elementary, said Sports Club was born out of a need he constantly heard from students. “I would hear things like “˜we need a basketball team,’ “˜I don’t have a ride to after school sports,’ or “˜it costs too much money.’ I wanted to provide an easy way for students to get some extra physical activity in and a way for them to feel a part of a team,” he said. “Since we do it right after school, they don’t have to worry about a ride. They also do not have to worry about paying for anything.

Before I started the club, I asked some of the other staff members for support because I knew I could not do it on my own. With the support of staff and administrators we are able to provide this awesome opportunity to our students.”

“Students are learning sportsmanship, cooperative learning and fitness activities they can carry over onto the playground, their neighborhoods and at home. Who doesn’t love that?” Tracy Sample Lee’s Summit Elementary Principal.

Like any physical education teacher knows, having fun while exercising isn’t always easy. But he encourages this during Sports Club. “We’re trying to make fitness fun for them,” Koivuniemiberg said. “I want them to be excited about being active. When we run, I don’t want them to dread it, I want them to enjoy it. I never use exercise as a punishment. We exercise to be a part of something more.”

Lee’s Summit Elementary Principal Tracy Sample said the club has been a wonderful addition to the after-school activities for her students. “Coach Berg has juggled the schedule and snow days to provide an exciting after-school event for over 100 students to learn how to how fun while being fit,” Sample said. “Students are learning sportsmanship, cooperative learning and fitness activities they can carry over onto the playground, their neighborhoods and at home. Who doesn’t love that?” Several staff members have joined on with Coach Berg on his Sports Club mission, including Rylee Strong, Nessie Bryan, Kelly Eames, Molly Williamson, Kelli Culp and Tim Ginnings.

Lee’s Summit Elementary’s Running Club meets on Tuesday mornings in the fall and they use the opportunities to run to gear up for the annual Race for the Future.

“It allows for them to unleash their inner light, to be bold in the pursuit of their dreams and gives them a foundation for future bravery. Girls on the Run gives girls a space to become who they are meant to be.” Gina Lichte, Executive director for Girls on the Run Kansas City.

The Girls on the Run is another program that has attracted hundreds of young runners over the years in Lee’s Summit. This spring, 30 girls are participating at Meadow Lane Elementary. “Girls on the Run provides girls an opportunity to feel more joy, confidence and health,” said Gina Lichte, executive director for Girls on the Run Kansas City. “It allows for them to unleash their inner light, to be bold in the pursuit of their dreams and gives them a foundation for future bravery. Girls on the Run gives girls a space to become who they are meant to be.”

At Lee’s Summit Elementary, Coach Berg said he hopes the benefits of Sports Club will extend beyond the gymnasium. “Anything we can do to help parents and kids get involved, that’s a positive thing,” he said. “This gets kids listening and preparing to listen, increases their brain and physical activity. The parents love it and we love seeing the kids here and active.”