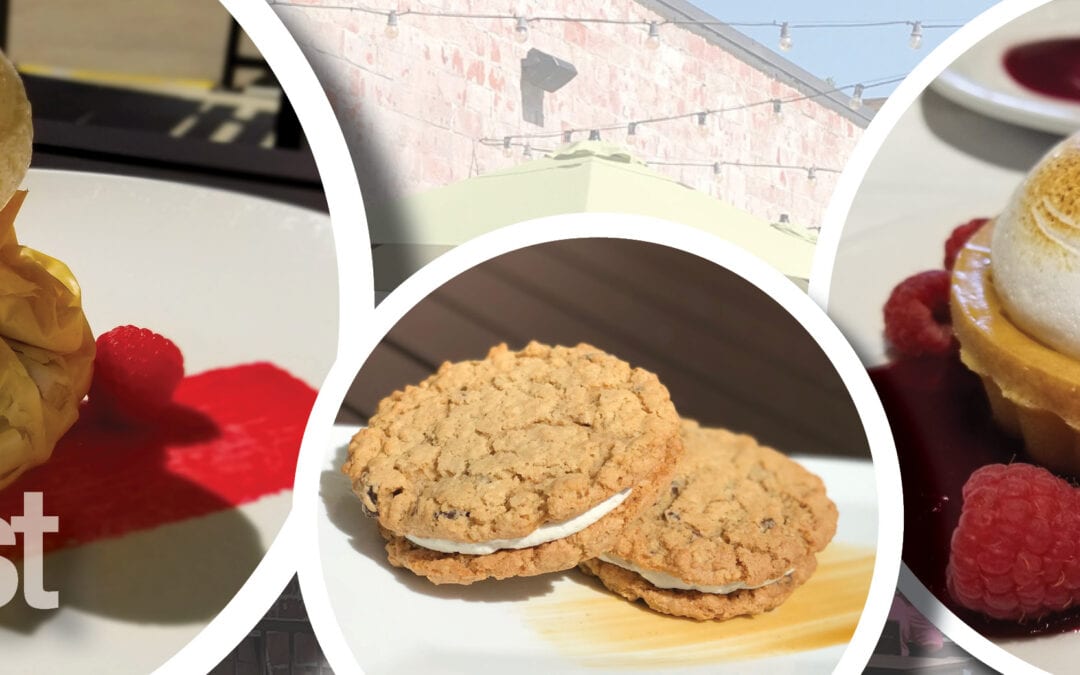 At just 18-years old while taking classes at UMKC, and needing a job, Nicolette Foster walked into McCormick & Schmick’s Seafood and Steaks where she was hired as a line cook. It was her first role in the restaurant industry, and one that taught her the ins and outs of how a kitchen runs, the restaurant business in general, and how she might pursue a career.

It was there that Nicolette met Executive Chef Don Dupin who encouraged her to specialize in baking and pastries at the Culinary Institute of America in New York. It was a grueling, hands-on 22-month program working in the kitchen all day, every day. “It was really a full-time job, working continuously to learn everything about pastries and baking,” Nicolette recalled. After finishing at the Culinary Institute, she was able to work in various restaurants in Rochester, N.Y. before deciding to come home to Kansas City.

Once back, Nicolette had the opportunity to continue learning from James Beard Award-winning Chef Michael Smith at his restaurant Michael Smith’s in the Crossroads district. “I was excited to get back home and be able to work my niche role as a pastry chef,” said Nicolette.

Opening the door to her current position was Dupin, now one of her mentors, who tasked her with making his wedding cake. It was at the wedding that discussions started about new restaurant plans beyond Summit Grill. Executive Chef Po Wang challenged Nicolette to create four separate desserts to test alongside the menu concepts, and as a result, she was asked to join the team.

The opportunity to work as a pastry chef in a suburb of Kansas City surprised Nicolette, “It tends to be downtown restaurants that have executive chefs and pastry chefs leading the menu because there are more specialties,” she said. “I think it’s awesome that we have high-level chefs and pastry chefs wanting to come to Lee’s Summit. It says a lot about this town.”

Nicolette has created four different dessert menus, each specific to the restaurant it serves. Insider secret: Third Street Social is the test kitchen for all Nicolette’s desserts and some are available short-term as specials there. At the newest restaurant, Pearl Tavern, the menu will include seafood and classic American fare, and the desserts will beÂ  predominately pies. Nicolette also will have a hand in some of the entrees, making the dough for unique pot pies served alongside fresh corn bread and biscuits. So, continuing with the pie theme, the dessert menu is likely to include peach pie, coconut cream pie, chocolate chest pie and peanut butter pie.

Nicolette grasps the full process for desserts in all the restaurants, from idea to execution. From testing new dessert ideas to complement the menu concepts to ordering materials, training staff and plating desserts, Nicolette has a hand in it all. Whether it’s in Lee’s Summit or Waldo, she’s making sure people are enjoying her creations. “What’s really cool about working for this company is leaving a mark on different areas of Kansas City and having a greater impact.” One of Nicolette’s personal goals is to teach others. Having had so much great opportunity arise from her own excellent mentors, she’s hoping to grow a baking team and serve as a mentor to other pastry chefs.