Inspired to Overcome & Succeed: Liz Little’s message of positivity, purpose is optimistic for all

To say that the last few years have been a roller coaster for Liz Little might be a bit of an understatement.
Of course, Liz buckled up for the ride. And she wasn’t navigating that bumpy sometimes daunting ride alone.

The former co-owner of downtown Lee’s Summit’s Finishings for Her boutique has built up an army of supporters, shoppers and friends through her positive Facebook posts and videos, and via her new venture ““ Inspired Style Boutique, which opened in December of 2017, across from Lee’s Summit City Hall.

Liz’s newest creation began out of her home after Finishings closed and before she found her brick and mortar location. Inspired Style Boutique features clothing and accessory lines for women, shoes, hats, jewelry and gifts. Her entrepreneurial vision started amid one of the most challenging times of her life ““ during her treatments for endometrial cancer. Liz successfully fought off the cancer once before she was even 30, and again in the past 12 months when it reappeared in 2016.

“It’s so emotional, things keep popping up in my (Facebook) newsfeed, this was where I was last year,” Liz said from her downtown store. “Last year in June, I thought I was going to be done with my treatments and then I found out I had three more months of treatments. I am proud of myself about how I handled things last year. I didn’t realize really everything that was going on last year, while it was going on.”

The life-changing treatments have had a profound effect on her life perspectives, too.

Right now, she is present in her Inspired Style Boutique, which has been booming since she opened the doors. “The most surprising aspect has been how many people have come out that shopped with me previously and how many new customers have come in to support me,” she said.

Liz has struck another balance within her business that many struggle with ““ online shopping vs. face-to-face interactions. “It’s the best of both worlds,” she said. “I have the online shoppers, those who shop with me during the Facebook Live events in my VIP group, then I have the customers that like what they see during Facebook Live, come and try it on. I love talking and interacting with people, so I was really happy to have the one-on-one interaction again.”

“I’ve learned a lot since December. How important the one-on-one interaction with my customers is and how they missed that. How much I affected people during my treatment. People have just come in to say hi. They want to visit and I like that. And that’s what I really missed.”

Liz has enjoyed being back downtown, where she says the traffic has increased ““ especially at her spot near City Hall. She’s even brought on two part-time employees. But even for this seasoned boutique owner, she says she is constantly educating herself in her business. “I’m still learning. Owning a business, I am constantly learning new things and new ways to do things. You never stop learning. You can’t.”

Her advice for young entrepreneurs is simple, too: put in the hard work. In her case, she does all of her own graphics, images and social media. And that focused dedication has paid off.

“You may struggle at times, but working for myself is the best thing. Ever. I truly enjoy what I do,” Liz said. “There’s not a day I don’t want to come to work. It’s a job, but I have fun, I meet new people, and do a lot of different networking.”

Liz said she is planning monthly events at Inspired Style Boutique to help out a cause or nonprofit. “We all have to give back,” she said. “I feel compelled to.” 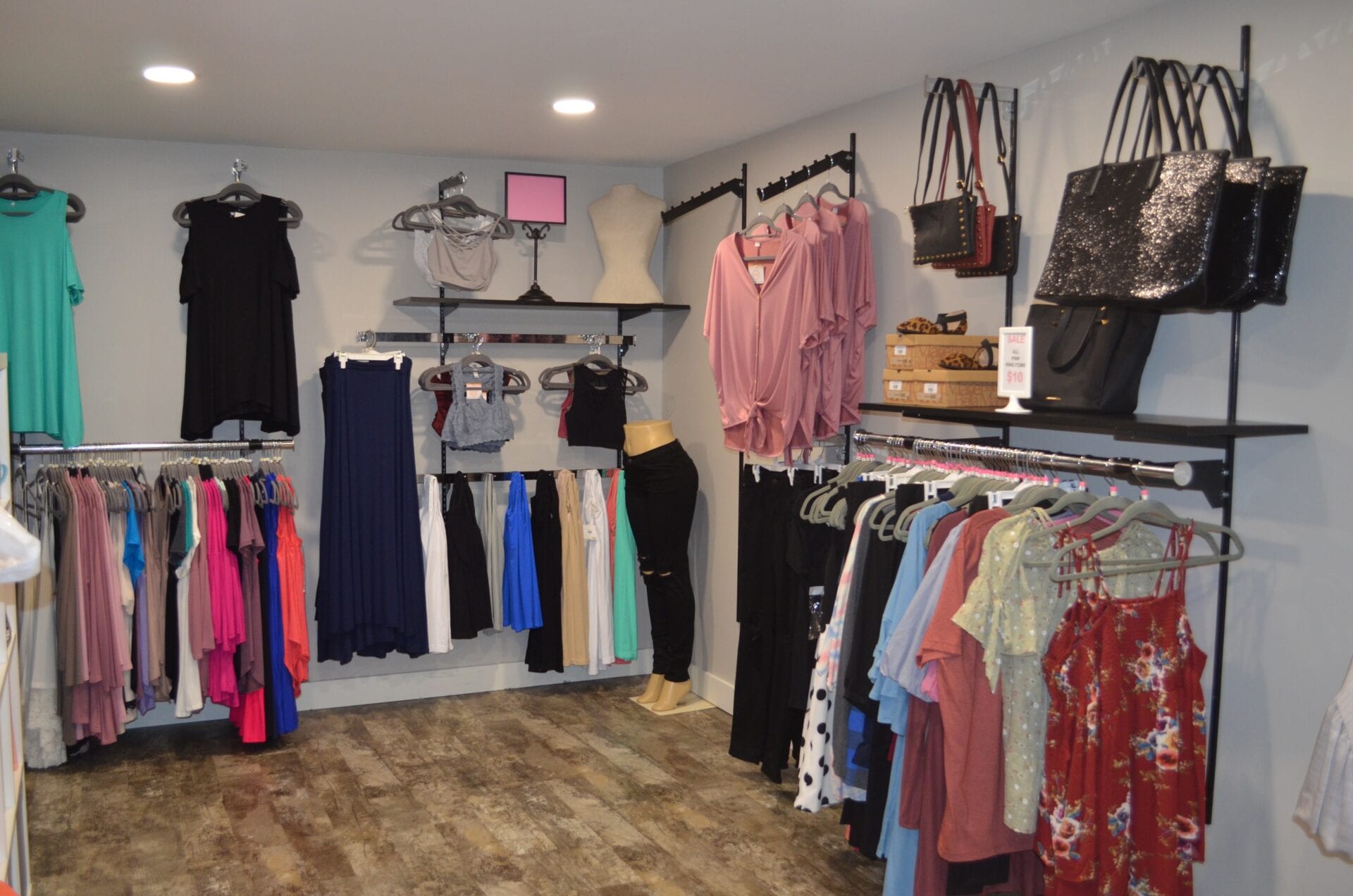