Quartet of owners offers up a divine selection of oils & vinegars 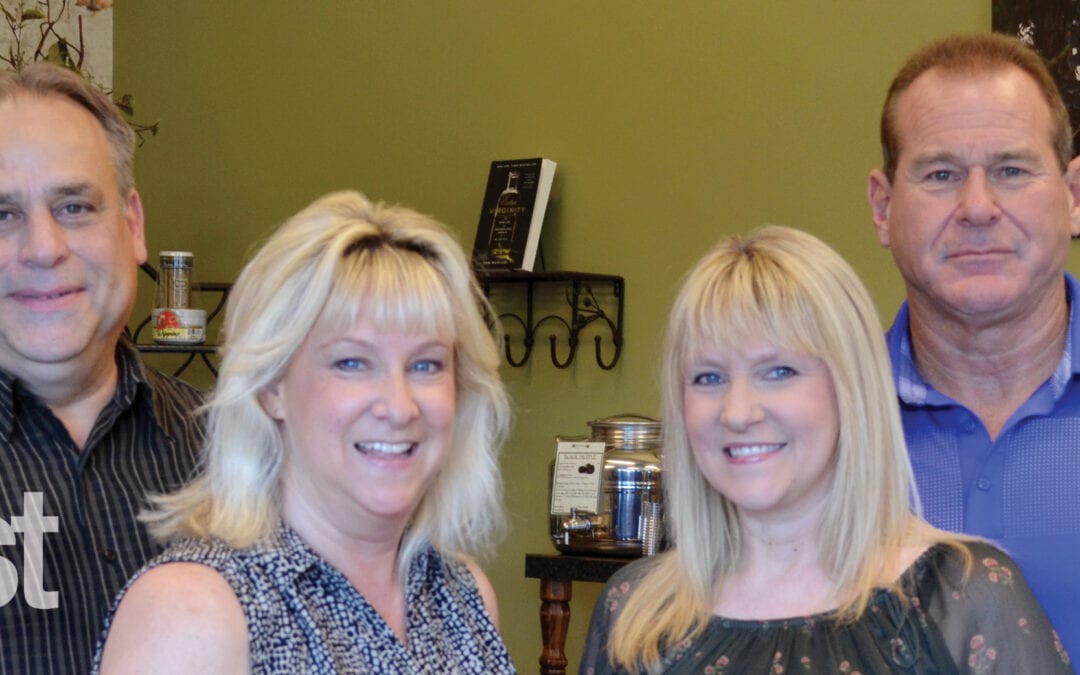 A few years ago, Kevin and Debbie Eck, Mindi Woods and Keith Odehnal were all in vastly varying vocational parts of their lives. Kevin was living the corporate lifestyle; Debbie, an advertising representative for The Kansas City Star; Mindi a public-school teacher; and Keith, the founder and president of Innovative Surgical Products.

So how did the foursome come to be the owners of Heavenly Olive Oils & Vinegars in Lee’s Summit’s Summit Fair Shopping Center? Perhaps it was a little divine intervention. Kevin and Debbie were both customers of the retail store from the beginning. So, when they went looking to chase that entrepreneurial dream, they had to look no further than their back yard.

“It was time for me to get out of six meetings a day,” Kevin said. “We found the right business model and we jumped at the chance.”

The four friends ““ Mindi and Debbie are sisters, too ““ purchased the Summit Fair and Zona Rosa locations in March of 2017. They took over a retail spot in two heavily trafficked areas. The shop features more than 50 flavors of extra virgin olive oil, balsamic vinegars and a line of fresh pickles, salsas, spices and handmade chocolates.

The line of dark and white balsamic vinegars carries an equally impressive assortment, including: Neapolitan Herb, Cinnamon Pear, Dark Chocolate, Lemongrass Mint, Honey Ginger and Sicilian Lemon.
“The flavors are so impressive, so diverse,” Debbie said. “Once they taste it, they buy it. Once you’ve tasted real olive oil, you will never go back.”

The Lee’s Summit location employs six and all owners have a working stake in the business, including Debbie who can be found working the counter from time to time. “The biggest surprise to me, owning a business, is that it really is seven days a week,” Debbie said. “But we work every day to make sure the customers are happy here.”

And while Summit Fair has been open nearly a decade, Kevin and Debbie say customers from Lee’s Summit and the entire Kansas City Metro are still discovering it. “Some people don’t know this shopping area is here,” Kevin said, noting the Lee’s Summit location originally opened in 2010. “But we’re getting there. We see new customers every single week.”

They also actively tout the health benefits of such oils when used in cooking, baking, mixed with balsamics or in shakes and smoothies, including improving heart health, cholesterol count, blood pressure and inflammation. The group has worked to increase an online presence (www.heavenlyoliveoils.com) and has seen sales double in the past year. They also offer a flat $15 shipping fee regardless of order size.