The Revival of Neon

Ben Wine Appreciates the True Artistry of Neon and Metal

To an artist like Ben Wine, there would be something almost religious to finding an old neon sign belonging to Katz Drug or another lost Kansas City-icon business.“It would be the holy grail,” Wine said, “to find one of those.”

Both a restaurateur and metal and neon artist by trade, Wine has spent decades searching for old signs, restoring neon and becoming part of the fabric of a downtown Lee’s Summit business known for both.

“I’ve always collected signs,” Wine explained. “And growing up in a small town in Ohio (Galion) and going to the cafe with my dad, I loved looking at the signs there.”

It was Moe’s Cafe in Galion. And the fascination and admiration for signage would turn into a lifetime of work for Wine.

Wine, along with founder and friend Dave Eames, is part-owner of Fossil Forge Design, 317 SE Main Street. They are more than amatuer sign collectors, given the work they’ve done on more than 100 signs in the Midwest, they are certainly considered artists and experts in neon signage. 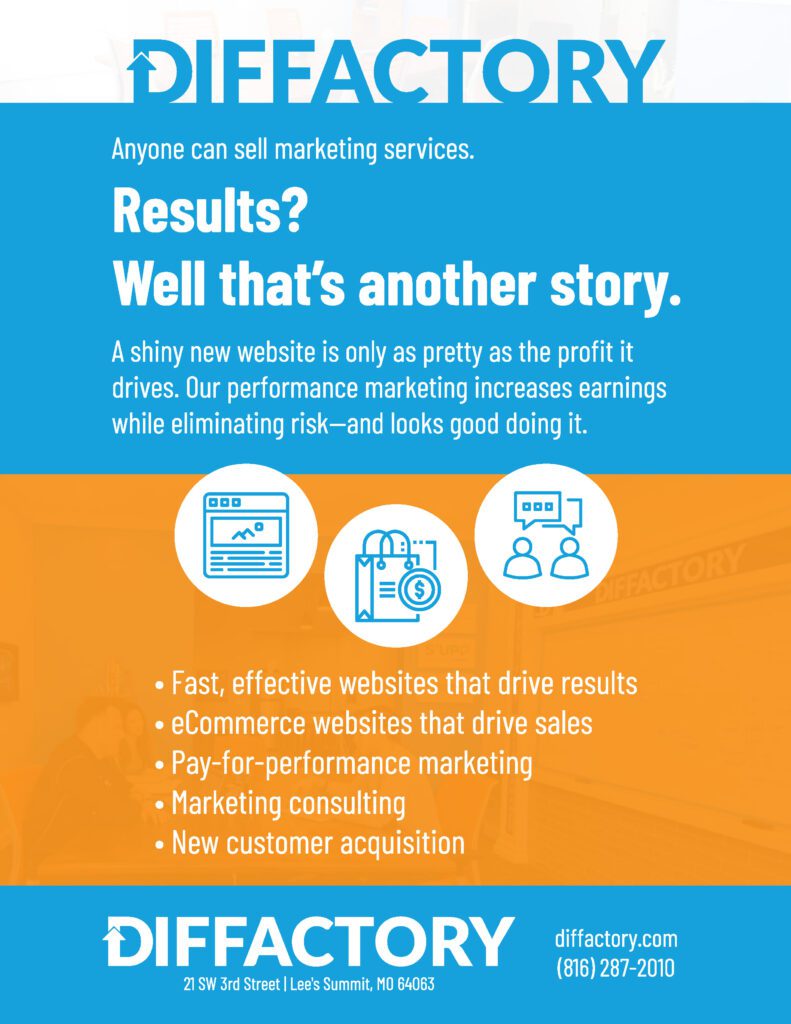 About 10 years ago, Wine was defined in a little different fashion, as part-owner (a title he still holds today) of Neighborhood Cafe, also in downtown Lee’s Summit, and burgeoning appreciator of signage and neon.

He was in the process of purchasing those items for the restaurant when his appreciation grew to more than a hobby. An appreciation that started when he was much younger, he says.

After a few stints at some Kansas City sign companies, Wine took on a major project for the former Frankie Farelane’s restaurant, designing and building its familiar neon at its former location in

downtown Lee’s Summit. In 2017, he bought into Eames’ concept, Fossil Forge Design, bringing his vision and creativity to a workshop that was already making waves as a go-to spot for business signage.

And while not every neon and metal sign around Lee’s Summit can be claimed as the handiwork of Wine and Fossil Forge, it is hard to drive downtown, down 291 or 50 highways or anywhere else in town and not find their handiwork.

Wine worked on the familiar Freddy’s Frozen Custard & Steakburgers signage early in his tenure – one of more than 100 signs he’s been a part of creating and restoring.

If you stand at Third & Douglas in heart of Lee’s Summit, you can turn virtually every direction and see some of the work Wine has been a part of: the Ice House Auction, Arcade Alley, Embers Candle Bar, Country Club Bank, Sabor Latino, Reece Nichols, the 816 neon in the alley near the Downtown Lee’s Summit Main Street office and restoring the original Hartley Heart. Wine and Eames’ artistry are dotted all over Main Slice as well, in signage and decor design.

“As a collective, we are known as a district with quality and unique signage. People come down and are surprised at the signage,” Wine noted. “We don’t set out to put neon signs everywhere, but the requests keep coming. We want people to be proud of their storefronts and their signage.”

Wine’s virtuosity in signage comes at a time when he’s also learning the ropes of marriage and fatherhood, raising 3-year-old twins, Whitman and Ward, and married to Ashley since 2016.

“Part of the legacy of Fossil Forge that I want, is for public art to be around when Ward and Whitman are around here with their kids,” Wine said. “The whole, ‘My dad made that.’ It would feel great if they one day could show their own children or friends what their dad did around town. I want to build something they can be part of someday if they choose to be.”

Wine and Eames are currently part of massive projects on Route 66 and in midtown Kansas City, and they recently restored a 50’s-era neon sign for a diner in Concordia, Missouri.

In Ben Wine’s world, with art, neon and signage virtually all around him, he says the true art is in the design.

“Taking new material and adapting them to vintage styles and designs, that’s the art,” he said. “Designing with modern material and giving a vintage feel to them.”